Transportation of cargo in container. 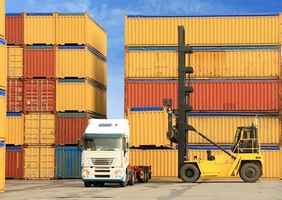 Re-stuffing of containers in Odessa port is one of services, offered by "Marine-Trans Ltd".

Re-stuffing of cargo – is discharging of cargoes from the container, arrived to the container terminal and loading in the truck or railway transport with further leaving the port territory.

Another side of  re-stuffing of the cargo lays in loading in the container of any export cargo, arrived to the terminal by any kind of transport for further sea transportation.

Operations, offered by our company, provided at stuffing areas of Odessa and Illichevsk:

Having a wide net of forwarders in foreign countries, “Marine-Trans Ltd” can provide re-stuffing services in any foreign port with further delivery of cargo to the consignee's warehouse.